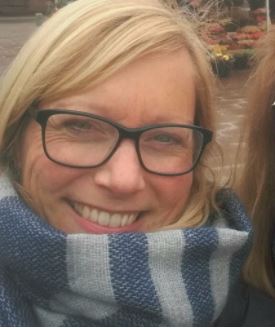 As part of our ongoing behind-the-scenes feature on Archway’s amazing Trustees, we talk to Archway’s Becs Dadswell.

Can you tell us about your role on the Board of Trustees?
My role is currently focused on establishing if there is a need for a group for younger people who are affected by loneliness. Our research so far shows this would be well used and so we are now considering what this might look like.

What inspires you about working with Archway?
I am inspired by the number of people that Archway supports and has for many years. Loneliness is a top agenda item currently but Archway has been there for 35 years offering a consistent, welcoming place for all. I see this in action when I visit the Abingdon group and talk with the people who come along who value it immensely.

We would like to thank Becs for taking time to talk to us, and for all the enthusiasm and expertise that she brings to the Board of Trustees.